Behind the Scenes Look at the Iconic National Press Club 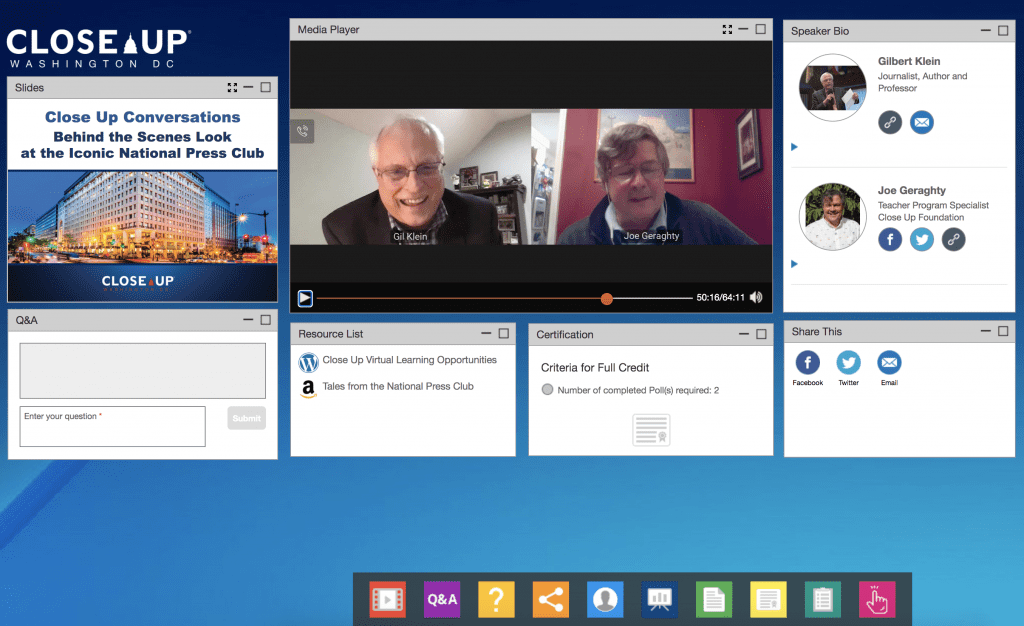 The National Press Club (NPC) has been a meeting place in Washington, DC, for newsmakers and journalists for over a century.  Presidents, premiers, kings and queens, Cabinet secretaries, senators and House members, movie stars and sports heroes, titans of business and finance eager to share their views on current events with the media and the public have passed through its doors.  The Press Club is not only a place where news happens but it is a strong advocate for press freedom worldwide.  Hear from NPC’s former president and current historian, Gilbert Klein, as he shares stories from his new book, Tales from the National Press Club.